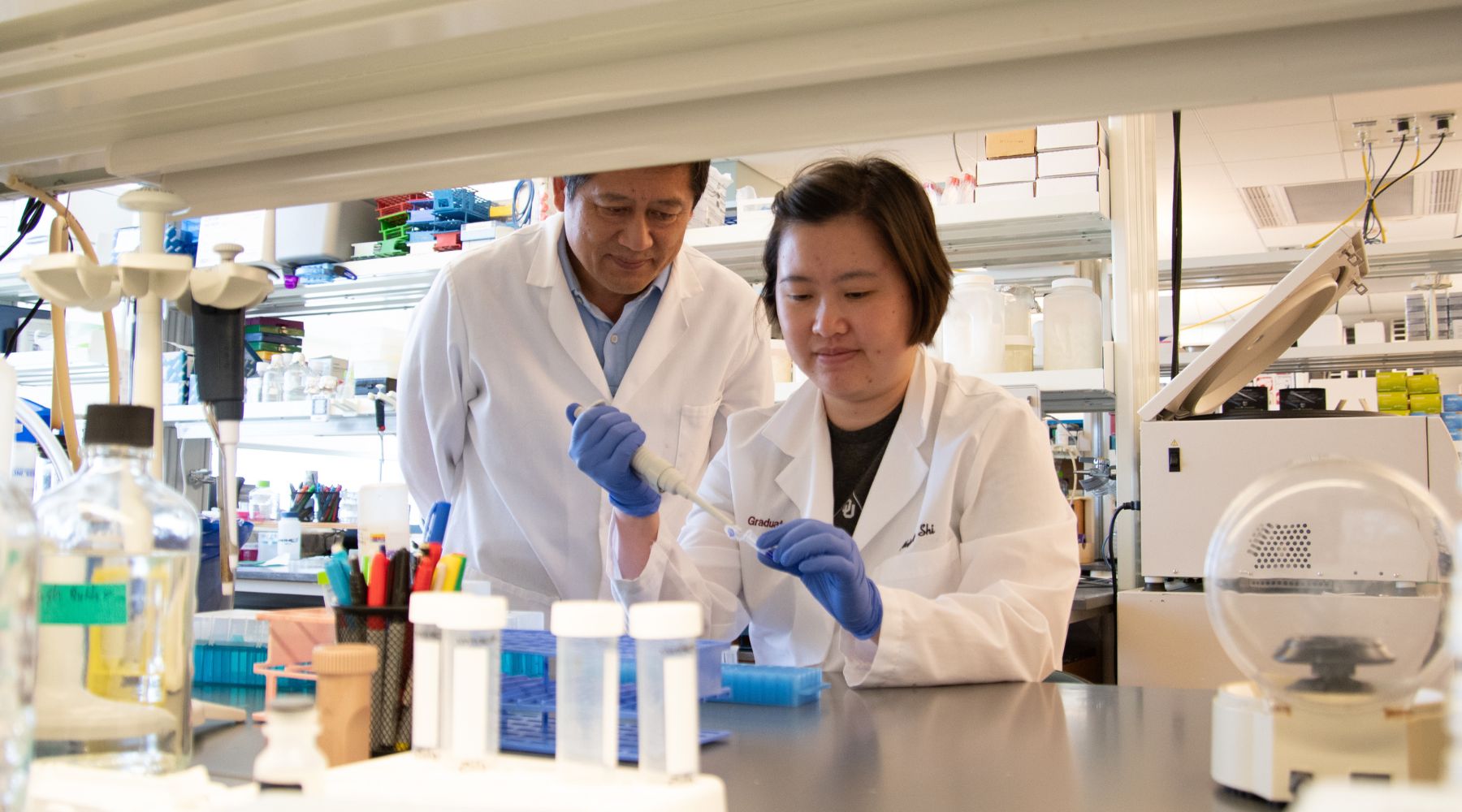 In research models, the compound reduced the length and severity of vaso-occlusive crises, the most frequent and severe complication of sickle cell disease, said OMRF Cardiovascular Biology Program Chair Lijun Xia, M.D., Ph.D., who led the study. The findings were published this month in the Proceedings of the National Academy of Sciences.

The drug, which targets a blood-clotting molecule called von Willebrand factor (VWF), is in a phase 3 clinical trial to treat a deadly blood disorder that causes clots to form in small blood vessels throughout the body.

“In our study, we discovered VWF plays a significant role in mouse models during a vaso-occlusive crisis,” said Xia, who holds the Merrick Foundation Chair in Biomedical Research at OMRF. “While we didn’t set out to validate the efficacy of this drug in sickle cell disease, our experiments had that effect.”

Sickle cell disease is an inherited disorder that primarily affects people of African descent, including about 100,000 Americans. In the condition, red blood cells change from their normally pliable and round shapes to become rigid and sticky in the form of a crescent or “sickle,” causing inflammation, excruciating pain and organ damage.

These pain crises can last for weeks. They often require hospitalization and can be fatal. Current treatments address the symptoms or reduce the frequency of a crisis. One example of the latter is Adakveo, which in 2019 received Food and Drug Administration approval as the first targeted therapy for sickle cell disease. Adakveo is based on the discoveries of OMRF Vice President of Research Rod McEver, M.D.

However, no current treatment mitigates the length or severity of an ongoing crisis. Over time, these episodes damage blood vessels and organs and usually shorten the patient’s lifespan. There is no known cure for the condition.

Xia’s research focused on alleviating organ damage caused during a crisis. This is crucial, he said, because even though newer preventive medicines like Adakveo significantly reduce the frequency, many patients still suffer from at least an occasional crisis. The experimental compound also has potential as a preventive medication, Xia said.

“In our previous work, we looked at one therapeutic mechanism for vaso-occlusive crises, and Dr. Xia is looking at another,” said McEver. “What he has unearthed is another potential therapeutic target. In the future, researchers could see whether they work independently or whether they could work together. This provides the strong basis for a clinical trial.”

Doctoral student Huiping Shi spearheaded the lab work for Xia. “This study was based on unexpected discoveries during my dissertation research,” Shi said. “Now I am using new technologies to further investigate our findings.”

National Institutes of Health grants HL149860 and AHA18CDA3412009 supported this research. Scientists at the University of Oklahoma Health Sciences Center contributed to the work.