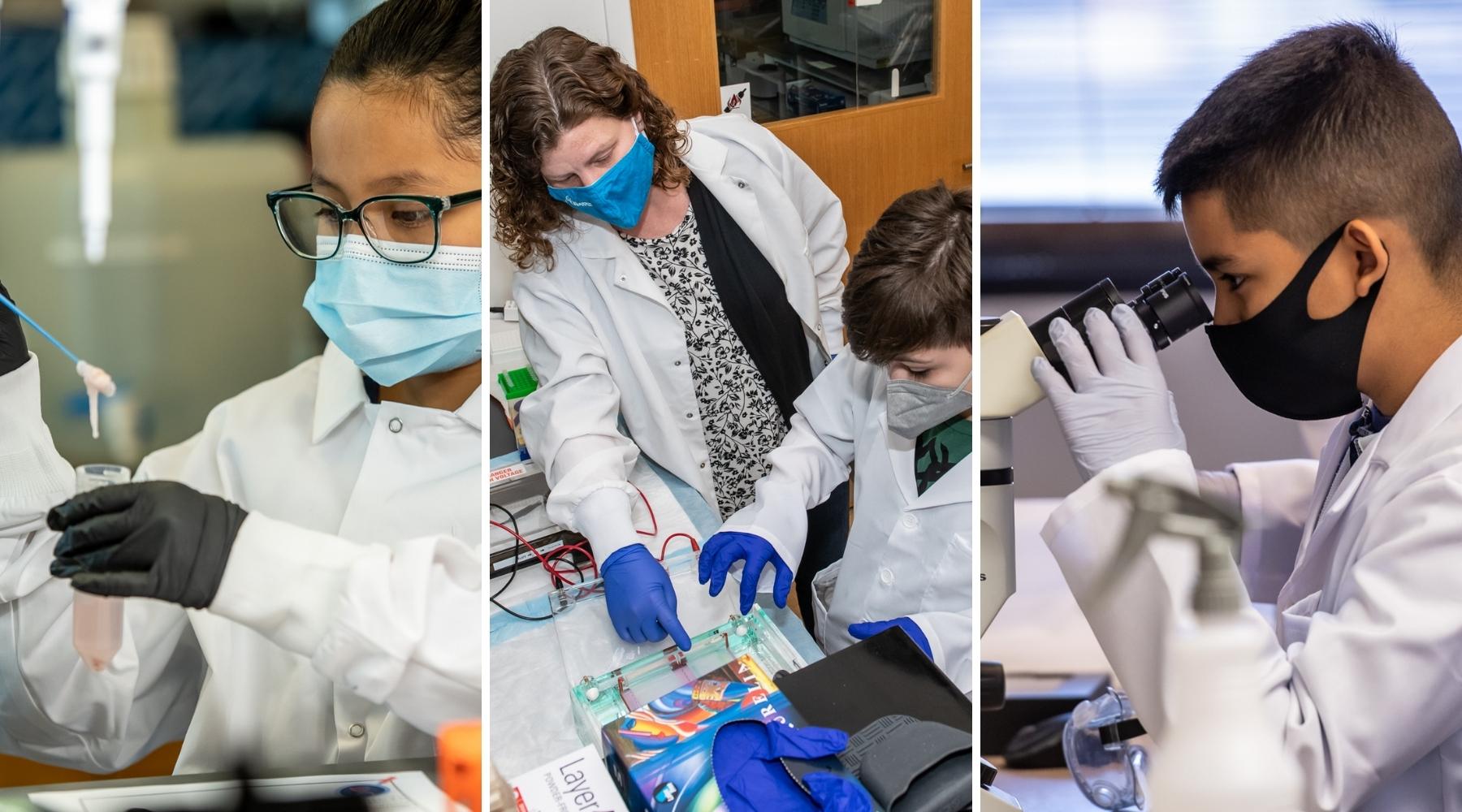 The average age of Oklahoma Medical Research Foundation scientists dropped by a few decades this week.

The event is one way OMRF says thank you to the school district whose students, teachers and parents have raised nearly $4 million for cancer research at the foundation since the Putnam City Cancer Drive began in 1975. Junior Scientist Days kicked off in 1979.

“Science is my favorite subject because everything about it is fascinating,” said Charlie Morley, a fifth grader at James L. Dennis Elementary. “I’ve used a microscope at school to look at pond water, but here I got to see a close-up of DNA from my own mouth.”

While examining blood vessels through microscopes, studying the effects of liquid nitrogen and peppering scientists with questions, students began to imagine the possibility of a future in science in Oklahoma.

“I haven’t decided what I want to do when I grow up, but I’ve learned a lot of things today that have all been interesting and fun,” said Destiny Flores, a seventh-grade student at James L. Capps Middle School. “This is my first time doing anything like this, and I want to come back.”

Putnam City journalism teacher Lois Thomas started the drive following the cancer-related deaths of four colleagues and a cancer diagnosis for the district’s superintendent. “Mom was a pretty high-energy, get-’er-done kind of person,” said Thomas’ daughter, Carolyn Churchill. “She wouldn’t stop until it was done and done well. She really did think, ‘If everybody gave pennies, look how much money that would be.’”

Work at OMRF has led to an experimental drug now undergoing clinical trials at the OU Health Stephenson Cancer Center to treat patients with glioblastoma, a form of brain cancer. The drug has also shown promise in diffuse intrinsic pontine glioma (DIPG), a fast-growing pediatric cancer that starts in the brain stem.

“We can’t thank Putnam City Schools enough for their support over the years,” said OMRF’s Marissa Noland, who coordinates the two days of events. “We were so happy to have the Putnam City students back on campus after pausing the program because of Covid-19. Seeing their excitement as they experience the wonder of science is something we treasure.”