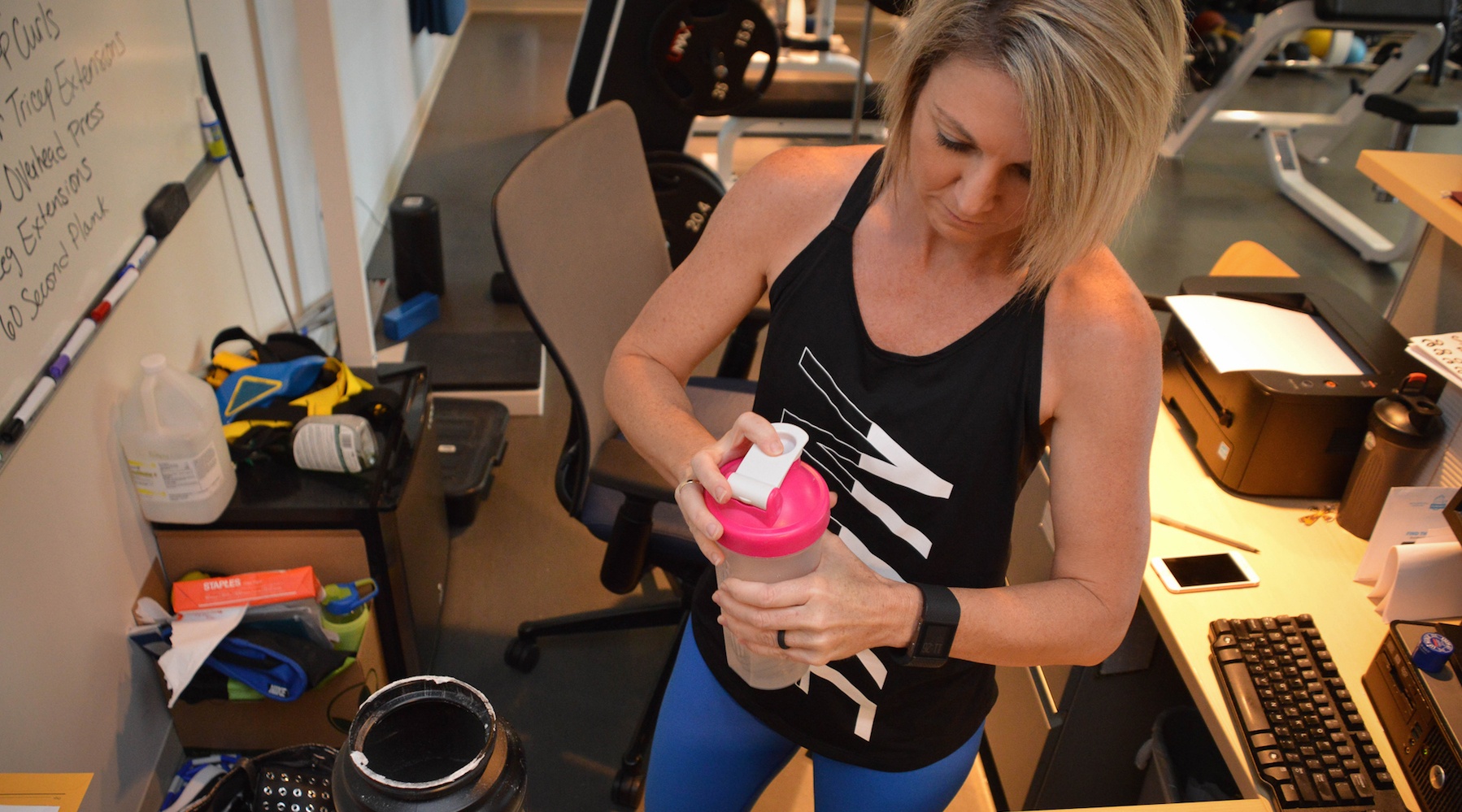 Home - News - Shake it up: Are protein shakes a healthy option?

Looking to pack on muscle mass or shed unwanted pounds?

Regardless of your fitness goals, it’s important to consume adequate protein to maintain proper nutrition.

But the way you fit protein into your diet is important, too, said OMRF President Stephen Prescott, M.D.

An increasingly common method used to bolster protein intake is through convenient options like protein shakes or smoothies. While they certainly are handy, are they really healthy?

“Just because you drink a protein shake doesn’t mean you’re going to lose weight,” said Prescott, a physician-researcher and avid gym-goer. “You see people adding protein shakes to the meals they were already eating, thinking it will help them lose weight. But all they’ve done is add several hundred calories to their meals instead.”

And they won’t build muscle for you on their own. The only way to do that is through exercise, said Prescott. Proteins do provide the necessary building blocks to aid in muscle repair, but they won’t make muscles grow on their own.

In most cases, Prescott said, adding extra protein to your diet is unnecessary to begin with.

The recommended daily intake for healthy adults is around 45 grams of protein for women and 55 grams for men, according to the Centers for Disease Control and Prevention. On average, Americans consume nearly 100 grams every day.

“The vast majority of us may not even need extra protein,” said Prescott. “The best solution is to eat real foods, and the rest will take care of itself.”

The healthier your diet, he said, the easier it is to get your needed proteins. The key is eating more natural protein like nuts or grilled chicken. It keeps you fuller longer and limits the carbs and sugars that can contribute to unwanted pounds.

And therein lies the catch-22 with protein shakes.

Fundamentally, said Prescott, these protein shakes and bars consist primarily of a certain type of protein, such as whey, casein, or vegan and vegetarian options like rice or pea proteins. But from there, things get cloudy fast. Pre-made shakes or protein bars are highly processed and contain sugars, as well as a long list of hard-to-pronounce chemicals you don’t want in your diet.

Even homemade protein shakes and smoothies can add inches to your waistline instead of your biceps.

“People tend to add all kinds of things to protein shakes or smoothies to make them taste better, usually something sugar-based,” said Prescott. “This ‘healthy’ drink then turns into a cocktail of sugar and calories, even if it does come from fruit.”

Still, this isn’t to say protein shakes don’t have their place.

For example, for people who have trouble getting adequate nutrition, shakes like those made by Ensure or Boost can help them maintain a healthy weight, said Prescott.

If you can’t do without your protein shakes or bars, Prescott said to look for ones lower in sugars and additives.

“If you’re going to drink them, you have to adjust your diet to accommodate them,” he said. “They may sound great, but protein shakes aren’t magic, so don’t expect magical results from them. And definitely don’t use them to replace nutritional whole foods in your diet.”