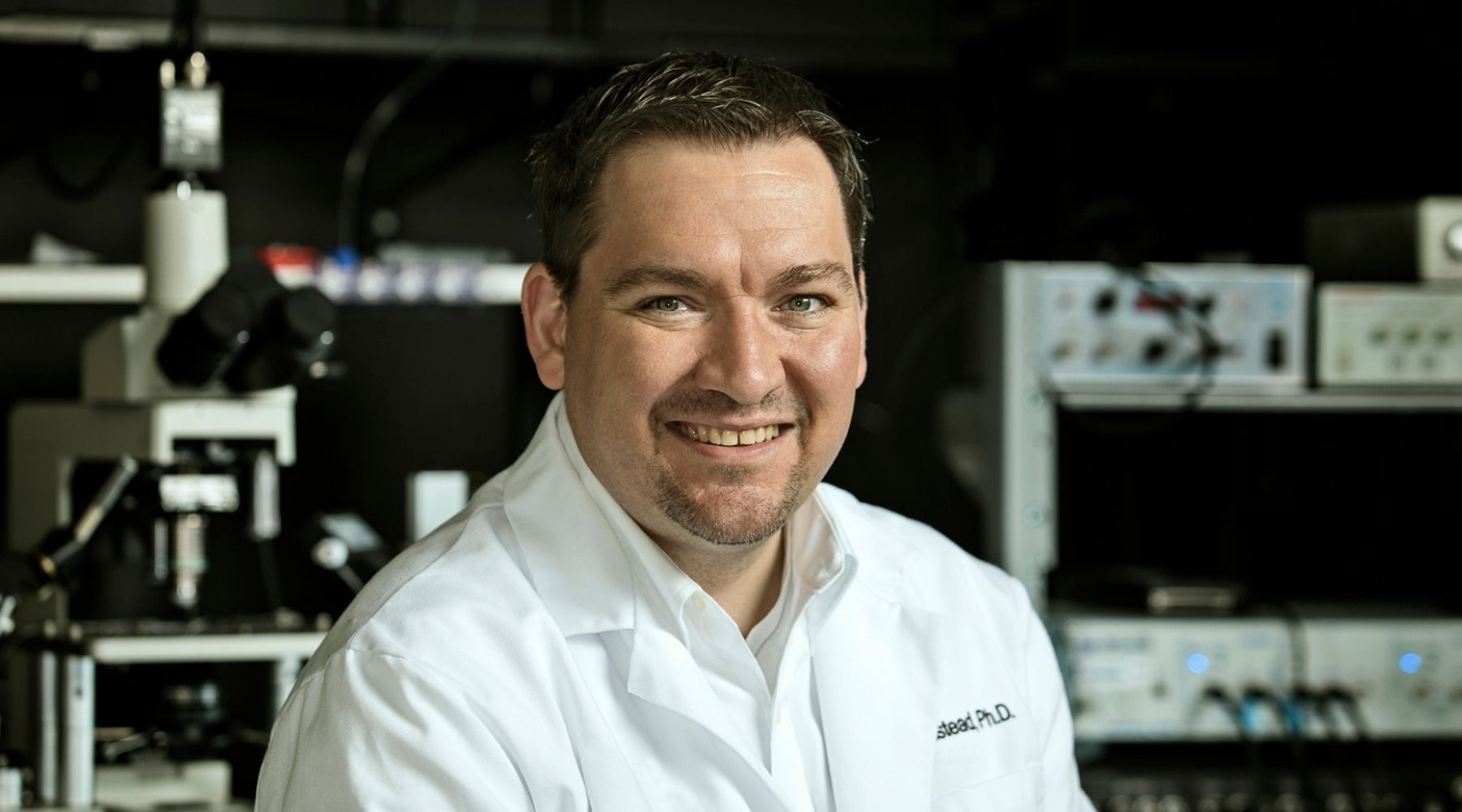 New findings from scientists at the Oklahoma Medical Research Foundation could clarify a lingering mystery about chemical changes in the brain that occur during stress-induced drug abuse relapse of methamphetamine and cocaine.

Research led by Mike Beckstead, Ph.D., verified his theory about the chemical involved with relapse and the type of brain cells that interact with this chemical. The findings redefine the role certain brain cells play in addiction.

“This may be a missing piece in understanding how increased dopamine activity leads to addictive behavior, particularly after a period of abstinence,” said Beckstead, who holds OMRF’s Hille Family Foundation Chair in Neurodegenerative Disease Research.

Dopamine is a naturally occurring brain chemical that sends messages between specific neurons. Scientists have known for two decades that dopamine neurons are a convergence point between stress and relapse. Since that discovery, researchers have tried to identify how stress causes changes at the cellular level, with most studies focusing on a chemical receptor called CRF1.

“It was once believed that blocking CRF1 receptors in the brain could be used to reduce relapse in people with addiction, but those theories didn’t pan out in humans,” Beckstead said.

Beckstead went a different route in research with his wife and collaborator, Amanda Sharpe, Ph.D., an assistant professor at the University of Oklahoma Health Sciences Center College of Pharmacy. While working in separate labs in San Antonio before Beckstead joined OMRF, the pair found that responsibility may lie with a different receptor in the brain, CRF2. “These receptors weren’t only on the neurons but also on supporting cells called astrocytes,” Beckstead said.

He described astrocytes as the filler of your brain, taking up as much as one-third of all brain matter. They encase synapses and keep neurons functioning properly.

Beckstead and Sharpe theorize that activation of CRF2 receptors on astrocytes may trigger stress-induced relapse rather than CRF1 receptors on neurons.

Other experts remain skeptical of their hypothesis, so the couple’s most recent study visualized the changes through samples from research models. They partnered with OMRF scientist Bill Freeman, Ph.D., whose lab houses sophisticated technology to sort cells using magnets and fluorescent markers.

This technique allowed researchers to isolate astrocytes and visualize CRF2 multiplying as cocaine or methamphetamine was administered to the research models.

“Astrocytes were thought for a long time to be bystander cells. Now we know they participate in chemical transmission,” Beckstead said. “More study is needed, but these findings may reveal these cells as new targets for treating certain populations of people with addiction.”

The study’s findings were published in the journal Addiction Biology. This research was supported by National Institutes of Health grant Nos. R01DA032701, R01AG052606, R01AG059430 and I01BX003906, and funding from the NIH Centers of Biomedical Research Excellence and the Presbyterian Health Foundation.