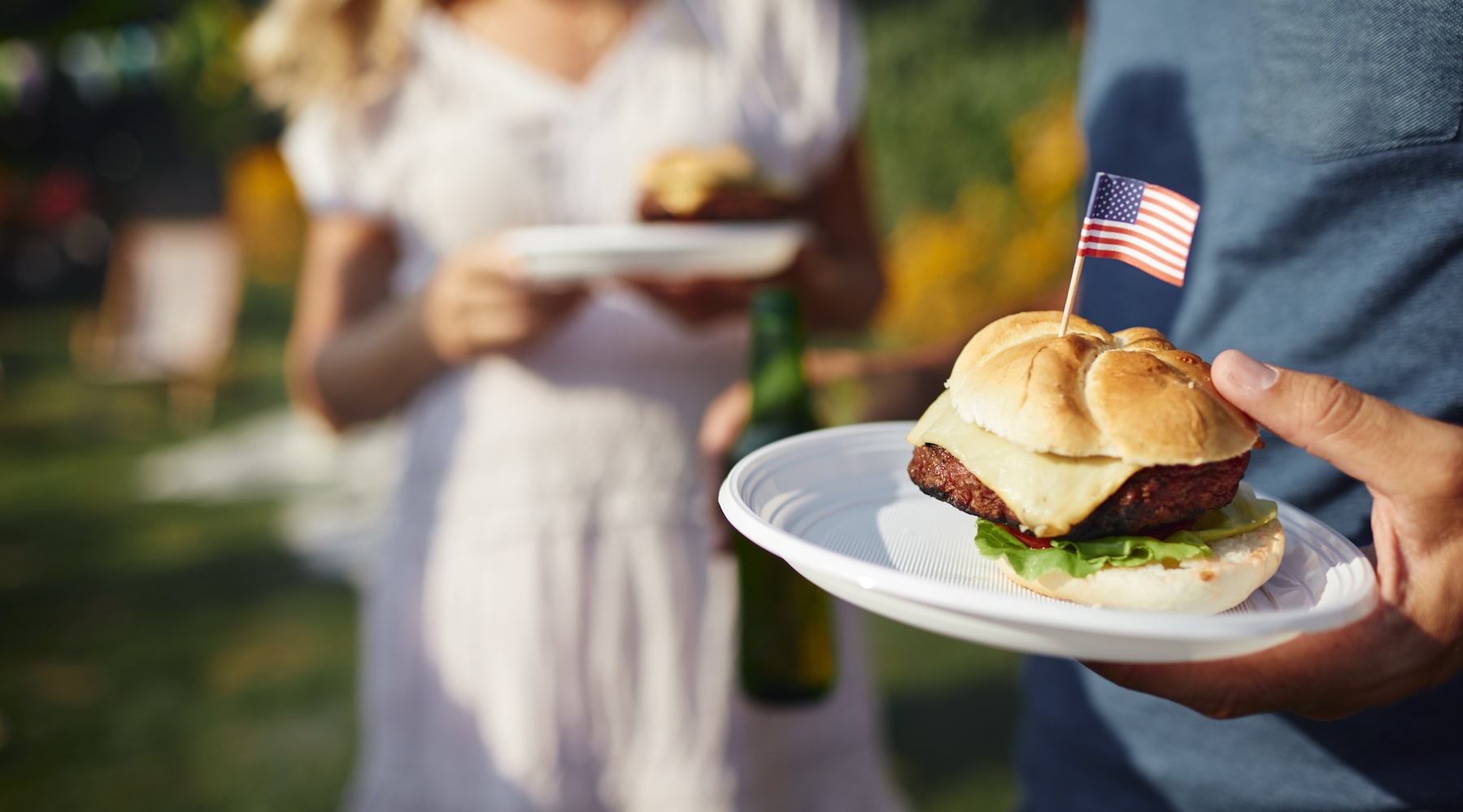 Community fireworks displays and local parades may be no-gos this Fourth of July, but that doesn’t mean you’re out of Independence Day options.

According to experts at OMRF, a backyard barbecue offers a chance to enjoy the holiday while keeping viral risk to a minimum.

“This is not a no-risk solution, but it’s about as low-risk as it gets if you decide to gather with friends and family,” said OMRF physician-scientist Eliza Chakravarty, M.D.

She said a number of factors make the cookout a viable option.

“First off and foremost, you’re outdoors,” said Chakravarty. “Just being outside has been proven to greatly reduce viral spread. The wind almost instantaneously breaks up viral particles, so that even if you do breathe some in, you’re less likely to inhale enough to cause infection.”

Also lending a hand in controlling the virus are UV rays from sunlight, which seem to eradicate some of the viral particles.

In fact, a study of 7,300 infected people in China revealed that only two caught the virus outdoors. Meanwhile, after reviewing cases, Japanese researchers concluded that the chances of spreading the virus indoors are almost 19 times higher than outside.

But being outside “isn’t a get-out-of-jail-free card,” warned Chakravarty.

“You still have to use common sense,” she said. “Maintain physical distancing. For instance, you shouldn’t have a bunch of people cramming into the same space to play pool volleyball.”

Also be sure to keep a close eye on your guest list, said OMRF President Stephen Prescott, M.D.

“To reduce the risk of spread, limit attendance to a circle of people you know well,” said Prescott. “With family and close friends, you should have a pretty good sense if they’re playing by the same rules you are when it comes to mask-wearing and social distancing.”

At the event, Prescott suggests adding a few pump bottles of hand sanitizer by the food and requesting attendants to bring their own drinks. “I’d also recommend using only disposable plates and utensils,” he said.

Chakravarty suggests routinely disinfecting areas that will unavoidably be shared, like doorknobs and faucet handles. “And, this is a big one: If you’re feeling sick, stay home,” she said.

So, go and enjoy burgers, brats and beverages with your loved ones, said Chakravarty. “Just play it safe while you do,” she said.